So how could we reach such a point where an elaborate conspiracy would be needed to hide the true reality of the Arctic and North Pacific? I'll flesh out one possible narrative below. 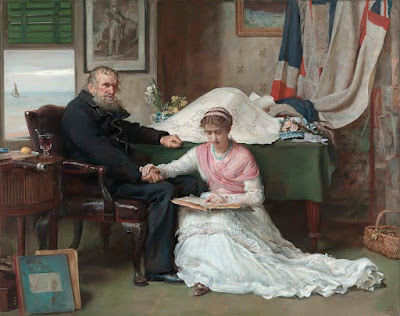 Europeans begin exploring the world's oceans and landmasses during the Age of Discovery (15th to 18th century). Some sail east, some sail west. Europeans expand their influence eastwards across the known world and start making discoveries in the new.

At first it's assumed that this New World is joined by land to the old. However, as South America is circumnavigated this starts appearing to not be the case. As explorers travel even further up the west coast of the Americas, this time well into North American territory, the case for separation becomes even stronger.

This belief or speculation that the Americas are indeed a separate landmass leads explorers and mapmakers to start dreaming of the very real possibility of a "Northwest Passage" - a passage linking the Atlantic and Pacific oceans via sea routes above or through the North American continent.

However, discovery of this short cut between the two oceans is continually thwarted by the impenetrable icy seas of the Arctic Ocean. Consequently no-one can prove or disprove any theories about this part of the world, and no accurate map can be produced.

Meanwhile, settlers from the old world are constantly spreading across the new, claiming land, safe in the knowledge that what they are claiming is virgin territory. With just the unorganised, newly discovered Native Americans standing in the way of their progress.

"America", with its manifest destiny, is envisioned before it's even conquered. Around the same time Alaska is "sold" from Russia to the U.S. even though knowledge of the region is so limited that no-one can really be one hundred percent certain what they're even buying or selling.

Areas in the region are claimed and re-claimed, fought over, discovered and re-discovered by countless people, companies and countries. All of whom are making maps as they go along. Filling in the blanks with speculation and anecdote, possibly even mapping and naming areas that have already been mapped and named and claimed by others.

It would therefore be easy to imagine how a mapmaker in say, Europe, hearing two tales - one from a Russian explorer speaking of a newly discovered island, complete with a Russian sounding name. Another from an English sailor with tales of an Island newly discovered and christened with an English name. It would be easy for the mapmaker to simply assume he was hearing two stories about two different and completely separate places. Both may make their way onto his latest "world map".

But, what if they were in fact the exact same island? Or the same piece of land? How would he know? How would either the Russian or the Englishman know, given that they were making discoveries in such an uninhabited and unknown region of the world. A part of the world so incredibly difficult to map and to penetrate to begin with.

What if the World Map became bloated in this region with duplicate places and territories? What if North America, Russia and North East Asia were all much closer than they'd convinced themselves was the case? What would happen if one party discovered this? Or if the populations in general gained knowledge of this huge catastrophic mistake?

Would the world leaders simply admit their error and renounce their claims to land? Or would there be countless backdoor discussions, deals and cover-ups? I would guess the latter.

Next Up: EARTH HOAX; Korean Revisionism