Eston Nab - As It Once Was

And finally, a description of Eston Nab from 1846:


"After a little pause, we decided on the route, viz. the romantic walks leading to Eston Nab. The scene on all sides is exceedingly picturesque, being variegated with dense groves of oak, ash, and fir; cultivated grounds of wheat, oats, and barley; richly-teeming meadows, and new-cropped fields; whilst merry damsels and sun-burnt swains toiled among the hay, and chanted simple country songs as they proceeded with their labour."
- 'The History and Antiquities of Cleveland' - John Walker Ord.

How things have changed.
Posted by Neil at 9:38 PM No comments:

A Buried Alive Woman and a Man From The Sea

The following two stories also come from Ord's 'The History and Antiquities of Cleveland.' One concerns a supposed Merman and the second is a slightly gruesome tale about live burial.

First, the Merman - in a section of the book about the village of Skinningrove.


"The description of this village by Camden argues an amount of credulity scarcely credible: "Upon the shore, Skengrave, a small village, thrives by the great variety of fish which it takes; where it is reported that, seventy years ago (1607), they caught a sea-man, who lived upon raw fish for some days, but at last, taking his opportunity, he made his escape into his own element."


"Of this sea-man we are further told in the Cottonian MS., that "insteade of voice he shreaked, and shewed himself courteous to such as flocked farre and near to visit him: fayre maidens were welcomest guests to his harbour, whome he woulde beholde with a very earnest countenaynce, as if his phlegmatic breast has been touched w[ith] the sparke of love.""

And then in a chapter about the parish of Hutton Rudby, this grisly tale about a woman being buried alive:


"An old gentleman in the village related a curious story of the ghoul-like deeds of a certain parish-clerk, who officiated also as sexton, some years ago. It would appear that a married woman of the village having been given up for dead, was at length removed to the usual place of interment. Whether from some implied wish on her part, or difficulty in releasing it, the wedding-ring was allowed to remain on the finger. This circumstance awakened the cupidity of the parish-clerk, who, at the lone hour of midnight, crept cautiously to the new-made grave. Having removed the earth, and unscrewed the coffin, he proceeded to take off the ring, but from the contracted state of the fingers was unable to effect his purpose. Accordingly with his pocket-knife he set about amputating the finger; but he had scarcely reached the bone, when, O horror! the corpse bolted nearly upright in its coffin, at the same time uttering a loud and dismal scream. The parish-clerk, who, by the by, was a tailor, immediately darted homeward with the utmost speed, his hair bristling on end. Meantime the poor woman, who had been unconsciously buried in a trance, alarmed at her strange and peculiar situation, directed her steps to her husband's residence, and knocked loudly at the door. What was her husband's amazement and consternation to behold his buried wife, in her shroud and grave-clothes, standing at the door, calling for admittance! His first alarm having somewhat abated, he proceeded to make further inquiry, and was at length convinced that his true wife, in flesh and blood, had in reality returned from the tomb. Afterwards, the injured finger and the state of the grave, pointed suspicion to the parish-clerk; but the husband, instead of punishing him for allowing his wife to return from her last resting-place, actually presented him annually with a web of the finest linen (he being a linen manufacturer)."

I really hope both these tales are true, but sadly they both sound rather apocryphal. Still, you never know.
Posted by Neil at 9:34 PM No comments:

The History and Antiquities of Cleveland - John Walker Ord

I've finally finished reading 'The History and Antiquities of Cleveland' by John Walker Ord. It was published in 1846 and contains some interesting information about the Cleveland area.

One thing that particularly aroused my interest was this description of a possible settlement near Roseberry Topping.


"Our exploration was amply rewarded by the discovery of the remains of a complete BRITISH TOWN, of vast magnitude, extending from the higher part of the farm belonging to George Reade, Esq., of Hutton-Lowcross, near Highcliffe, and stretching upwards of two miles to the base of Rosebury. The remains of these British dwellings are in the form of large oval or circular pits, varying considerably in size, viz. eight to twelve feet deep, and sixty to eighty and a hundred yards in circumference. These pits commence, as we observed, near Highcliffe, stretch across Bold and Venture Gill and the Kildale road, nearly on a line with Haswell's hut, run along the edge of Hutton Moor, below the Haggs (qy. Aggeres?), Hanging-Stone, and White Hills, and terminate in a deep line of circumvallation round the upper part of Rosebury Topping. Of the pits here mentioned there are many hundreds in single or double lines, of a zig-zag, irregular form, and divided from each other by a broad, well-defined ridge or rampart of earth, sufficient for the passage of men, horses, and cattle; in some cases larger pits being connected with smaller by an entrance."

Sadly, I don't really know enough about our local history to know if this claim holds any water or not, but it seems quite interesting. Maybe a better informed person can shed some light on this for me.

Also of interest to me were the various names that Middlesbrough and the river Tees had had over the years. With Middlesbrough at times being labelled 'Middlesborough,' 'Middleburgh' and 'Middleburg' and the Tees having several spelling variations, as this passage shows;


"[C]alled by the Latins Teisis and Teisa; by Polydore, an Italian, Athesis; by Ptolemy, Tuesis; and, at this day, Tees[.]"

A final thing of interest worth mentioning is that vast swathes of land in Cleveland were once held by the de Brus family, of Robert the Bruce fame.
Posted by Neil at 9:26 PM 1 comment:

Video: The Last Piece - The Roseberries

I've just made a simple video for the song 'The Last Piece,' from the last Roseberries album, 'Breaking Branch.' I used some of the artwork I did to accompany the album to make it.


I also did a video (if you can call it that) for the track 'Apple on the Carpet,' but this video is just a single image on the screen with the track playing in the background. I've gave this treatment to a couple of other songs ('Mary Lucifer's Dead' and 'Fortune Teller'), not for any real artistic purpose, but more with a view to making more of the Roseberries music available on YouTube. As it seems more and more people (myself included) are searching for music on the site - I think this is because MySpace has went downhill and Facebook isn't that great for bands.


“A brief sketch of the rise, origin, and progress of Middleburgh cannot fail to prove interesting to the student of local history. As the wonderful result of purely English enterprise and sagacity, it will ever be recorded as one of the commercial prodigies of the nineteenth century. To the stranger visiting his native home after an absence of fifteen years, this proud array of ships, docks, warehouses, churches, foundries, wharfs, &c., would seem like some enchanted spectacle, some Arabian Nights’ vision, “such stuff as dreams are made of!””
- John Walker Ord, ‘The History and Antiquities of Cleveland,’ 1846 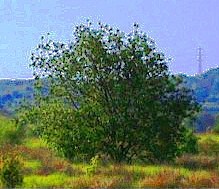 The track listing is as follows:

The album can be downloaded for free at lastfm.
http://www.last.fm/music/The+Roseberries/Breaking+Branch
Posted by Neil at 10:02 AM No comments: