Roseberry Topping - The Tomb of Osiris?

Just came across this post on a message board;


American archiologist Dr Josh Bernstein is coming to Teesside in search of King Osiris' tomb. It is to be a the showcase hour long episode of a seven part documentary titled “The Seven Lost Wonders”, to be aired on the Discovery channel Winter 2009. The show came about when Dr Bernstein uncovered within the writings of Alfred Vincent Kidder a detailed description of a 3000-year-old pyramid ruins lay under the area that is now Roseberry Topping.

Unfortunately, I couldn't find anything else about this topic. Did this documentary ever air? Seems like a really interesting idea. Maybe I'll be able to find the writings of Alfred Vincent Kidder somewhere.

Is The Theory That Neanderthals And Humans Interbred Now Fueling Racism

Over the last few years I've been very interested in the idea that humans interbred with neanderthals. I've also been fascinated by the suggestion that some modern humans may carry neanderthal genes - a theory that now seems to have been proved true. However, whilst taking an interest in this, at the same time, at the back of my mind, I've always had a nagging worry that these ideas might fuel racism. This now seems to be the case, as the comments at the bottom of this article show - http://news.discovery.com/human/genetics-neanderthal-110718.html
Posted by Neil at 8:34 AM 1 comment:

I’ve recently been taking an interest in Phantom Time Hypothesis after reading about it in Fortean Times. This hypothesis basically states that about 300 years of Dark Age history never actually happened - for example, going by this theory our current year would be about 1714, as oppose to 2011. This idea was first propounded by German academics and is said to explain why the Dark Ages are just that - dark.

However, although these academics have put forward a lot of evidence supporting the theory, they’ve so far failed to come up with a plausible explanation as to why 300 years were just suddenly added to the calendar. The main proposal so far being that Otto III added the extra years simply because he liked the idea of reigning as Holy Roman Emperor in the snazzy-sounding year 1000.

However, I remember reading 'The Holy Blood and the Holy Grail,' and other books of a similar ilk. As I recall one of the biggest flaws in the general theory propounded by these books - namely that Jesus had children with Mary Magdalene and that his bloodline had survived into more recent times - were the huge gaps between Jesus, the Merovingians and the grail literature of the medieval period. Could Phantom Time Hypothesis help explain these gaps? In fact, could the church have fabricated the extra years in order to deliberately obscure the genealogy of Christ’s kingly descendants?

Surely someone’s writing a book about this somewhere.
Posted by Neil at 3:38 PM No comments:

Any Good Murdoch Phone Hacking Conspiracy Theories Out There?

I've been gripped by the storm currently facing Rupert Murdoch - phone hacking, News of the World termination, falling share price, etc. Personally, I'm quite pleased about all this as I'm not a fan of News Corp. However, I'm still waiting for a really good conspiracy theory about all this. It seems to have the perfect ingredients. Jay Rockefeller leading the charge against Murdoch in the US, Murdoch being a staunch critic of the EU (and therefore something of a bulwark against plans for a one world government, New World Order, and so on). In fact, I also recall reading a few slight digs at Nat Rothschild in Murdoch owned papers. Are we seeing another round of infighting in the world of global, high powered politics?

Or is this just the public finally bringing Murdoch to account?
Posted by Neil at 1:50 PM No comments:

Melusine and Richard I

I've just been reading about Melusine (or Melusina) - a figure from European legend, usually depicted as a woman from the waist up and a fish or serpent from the waist down - something akin to a mermaid. She's also sometimes depicted with wings and two tails.

When I was reading the Wikipedia entry for Melusine this passage caught my eye;


"The chronicler Giraud le Cambrien reported that Richard I of England was fond of telling a tale according to which he was a descendant of a countess of Anjou who was in fact the fairy Melusine, concluding that his whole family "came from the devil and would return to the devil"."

It reminded me of the tale that Alexander the Great was descended from a serpent.
Posted by Neil at 4:56 PM No comments:

Sea Serpents of Arcadia - The Roseberries 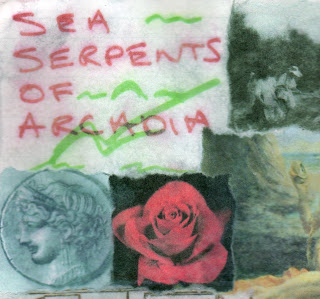 This is the track listing for the second Roseberries album, ‘Sea Serpents of Arcadia.’ It was recorded on a dictaphone in 2009.

The album can be downloaded for free at lastfm.
http://www.last.fm/music/The+Roseberries/Sea+Serpents+of+Arcadia 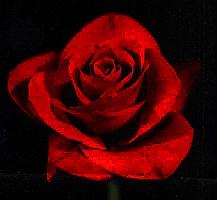 1. Mary Lucifer’s Dead
2. Fortune Teller
3. The Stars Are Outside
4. Dizzy and Wild
5. Frogs Fall From The Sky
6. Hypatia
7. Strange Stories
8. Satellite of the Moon
Posted by Neil at 7:40 PM No comments:

Will Our Abandoned High Streets Return To Nature?

I've been watching with fascination the news that all these high street chains are going into administration or downsizing - Thorntons, Habitat, TJ Hughes, etc. I think we're seeing a major shift in the way we live. In fact, I predict that city centers, to some degree, will move away from commerce and more towards agriculture. I think rising populations and environmental issues will make us seriously rethink food production. We're already starting to see well developed ideas regarding vertical farming and things like that. I wouldn't be surprised if in twenty or thirty years time we see town and city centers becoming producers of and markets for food, with most other commerce being taken care of mainly via the Internet.
Posted by Neil at 10:08 AM No comments: