There's recently been more calls for the school day to be lengthened in the media. I can't tell you how much I hate this idea. A while back I wrote a series of pieces stating the opposite - namely that children should spend less time at school (see abolish-education).

My arguments for this at the time were mainly principled and idealistic and they didn't really address the practical problems that most parents would experience if the school week was just suddenly reduced - the main problem being how working parents would find the time to look after their children during those hours they weren't in school.

Anyway, I've been thinking about this problem and now I think I have the answer.

At the moment we have a situation where parents only really have two options;

Option 1: Send your child to a school and hand complete control of their entire education over to said school
Option 2: Take your child out of the education system completely and home-school them yourself

Two quite extreme options, both with their problems. I would change the entire system so that parents would have the choice to send their children to school as much or as little as they wanted. If you want your child at school 2 days-a-week, 3 days, 4 days-a-week, 2 hours-a-day, 4 hours-a-day, whatever, it would be your choice.

After all, they're your schools, paid for by you - shouldn't you be able to use them for your children as you see fit.

In fact, I would solve two problems in one swoop and merge schools with childcare - schools could be opened for even longer hours and parents would then have a truly flexible place where they could send their children at times that suited them and that worked around their employment.

This system would be so much better for everyone. At the moment there are increasing numbers of people dissatisfied with the current system. Some are choosing to home-school their children, but many simply don't have the option because of work and financial constraints ...and those that do often worry that by taking their child completely out the school system they're denying their child the opportunity to develop socially by spending time with other children. A more flexible way of providing education would give parents the genuine freedom to educate their children according to their own design.

We hear the term free school bandied about quite a lot at the moment. To me a truly free school is a school that can be freely used by parents and children. Freedom is choice.
Posted by Neil at 11:11 PM No comments:

I've just finished reading a collection of Christina Rossetti's poetry. Normally I'm not a big reader of poetry, but I've really embraced this stuff. Her use of language is really chosen and concise. The combination of religious tones with personal themes like yearning is unique in its nearness. Close to God. This is the first time I've really took poetry to heart. Well impressed.

I found the poem Goblin Market quite fascinating in particular. Unsurprisingly it's a tale about goblins, but more interestingly it seems to be an allegory for sexual temptation. It's etched in my mind now, so I might return to it at a later date. 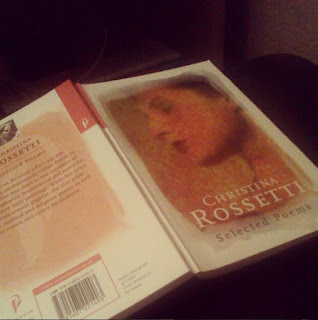