At the start of the year I said I was going to focus this blog more on animals. I haven't really done that though, it's been mainly Flat Earth and the Ball. I do actually have a post about animals today though (:

I feel very British touching on this topic. It seems a very "middle England" thing to talk about. Not very cool or esoteric, but quite important for animal lovers - and for people being regularly pecked by large birds.

It would seem in Britain at present seagulls are becoming, quite frankly, a pain in the arse. They're attacking and harassing people in the streets. Stealing food. Attacking and killing other animals. There have even been reports in the press of seagulls killing family pets. They're kind of the new chavs. It's became such a problem that there is now strong talk of a population cull. Normally I'm aghast at the very suggestion of anything like this, however in this case I had to pause for thought, as even I've had my run-ins with angry urban seagulls.

When asked it would have been nice to have simply said that I'm against culling, but that would have been avoiding the obvious problems we're having with seagulls. Simply saying a cull is wrong isn't much use to someone who's being constantly attacked by what are quite large, aggressive animals. Anyway, the issue has been on my mind over the last few months and after thinking about it I've finally realised what should have been obvious straight away really; that the seagull problem has been caused by the way we have changed the landscape of our country.

Native birds are happy in trees and hedges, however when you watch seagulls inland they tend to loiter on man-made things: lampposts, buildings, chimney pots. Our concrete jungles are inland cliff faces, and by creating this landscape we have essentially invited the seagulls in. What's worse by doing this we have pushed the seagulls natural competitor in size, the crow, out. For example, recently a large tree where crows nest near my home was cut down. The crows are now gone, and seagulls now rule the roost. Tall trees of course are perfect for crows, but totally unsuitable for seagulls, who aren't designed to be flitting about in tree branches. Crows, although large in size, are generally much more well behaved than seagulls too. In fact, compared to seagulls, they're almost our perfect avian neighbour.

Therefore, if we want to rid ourselves of the seagull menace we have to change the landscape. Simply culling a bunch of seagulls would only be a short term, and somewhat cruel, solution. Their numbers would simply rise again after the cull to refill the ecological niche once again. A more intelligent solution is needed. Firstly, we need more trees and hedges - tall trees especially need to be protected and encouraged. It would also be useful if we could introduce changes to architecture and street design that would dissuade seagulls of the merits of town life, and that would maybe encourage other species to take up the occupation. It sounds silly, but even if lampposts were more "tree-like" in their design it would make a huge difference. We'd have starlings instead of seagulls. 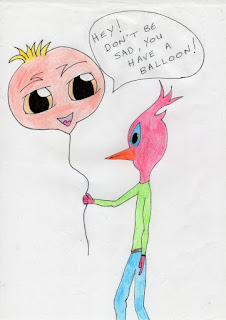 I think it might be time I ditched the Flat Earth hashtag. Things are getting a little shaded. I think it's time to go somewhere beyond. So this'll probably be my last post with "Flat Earth" in the title.

In conclusion I've seen enough to make me deeply sceptical that mainstream science has all the answers it says it has, but at the same time I've seen enough to know that there's a lot of disinformation in the Flat Earth movement. Half the major YouTube channels dedicated to the topic seem backed and pushed - if not by "the government", then by other interest groups. There's something to all this, but exactly what I just don't know.

I'm left with a few obvious anomalies to guide me.

Anomaly One: NASA & Co can't do what they claim they can do in "space".

Anomaly Two: The politics and science surrounding the Antarctic continent is very odd, and doesn't make too much sense in light of the traditional narrative we have.

After that I don't really know what to believe ..but I'm very, very curious and will keeping investigating.

Going back to the topic at hand I thought I'd mention "the Collins Elite" in this post. The Collins Elite are supposedly a secret group within the U.S. government that believe that UFOs, far from being nuts n bolts spaceships from other planets, are actually demons - that's demons in the biblical sense. The group were brought to public light by Nick Redfern, in his book Final Events. It's a good read and I highly recommend it to anyone interested in the UFO topic.

Anyway, when I first read the book a few years back I found it fascinating, as it made sense of a few things that previously had seemed quite odd. Now personally I don't believe that UFOs are demons, in fact I'm quite agnostic about the whole UFO issue in general, however I do believe that some people believe they are demons - if that makes sense. And it maybe explains some of the more bizarre aspects of American foreign policy that we've seen over the last few decades.

For example, take the story that George Bush referenced "Gog and Magog" when trying to persuade French President Jacques Chirac to support the war in Iraq. According to French sources Bush saw "Gog and Magog at work" in the Middle East and believed that biblical prophecies were unfolding there.

When this story first appeared it seemed simply bizarre that a world leader would be speaking in such terms. Just as it seemed equally bizarre to us here in the UK when it was suggested that George Bush and Tony Blair "prayed together" in the run up to the war. In fact, Tony Blair even converted to Catholicism straight after stepping down as Prime Minster. Are these guys really that religious? At the time I thought they were maybe just putting on a false front of piety, but maybe they really are believers. Maybe they have their reasons.

Anyway, the subtext of all this is that 9/11 was faked as an excuse to trample into the Middle East, in a bid to fulfil end-times prophecy - by people high-up in the American government that literally believed that UFOs were biblical demons and signs of the end times. The book Final Events even contains testimony from one Collins Elite whistle-blower that elements within the government wanted to detonate a dirty bomb in an American city to pave the way for totalitarian lock down in the U.S. - in order to turn the U.S. into a true "Christian" state. I remember warnings about a "dirty bomb" attack being reeled out on TV at the time.

All of this is quite far fetched of course, but again, it does kind of explain the "Gog and Magog" madness. And now with "Flat Earth" blowing up all of a sudden, it may even make a little more sense. If there is some sort of kink in the scientific chain when it comes to the state of our earthly realm, it may give people of a Christian mindset a little more reason to believe they have it right. Just as we're seeing on YouTube at the moment. Maybe the higher-ups have had a head start on this debate we've been having.

For me though the answers won't be found in any book, be it a physics book or the Bible itself. I think more work is needed, and I think I'll stick to scientific and spiritual agnosticism for the time being. Peace out x 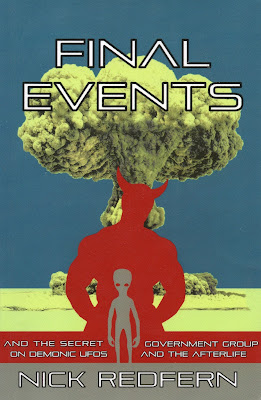