I awoke today to see articles in the news commemorating the death of Jo Cox. It's nearly a year since her apparent death and watching the media that reported it at the time now solidify it in our country's history made me think of heresy. If we look at the etymology of the word heresy we can see it connotes history; heritage, inheritance. People that have a different heritage, a different history, a different version of events become heretics. They don't believe the state orthodoxy, they have their own traditions counter to the orthodox. 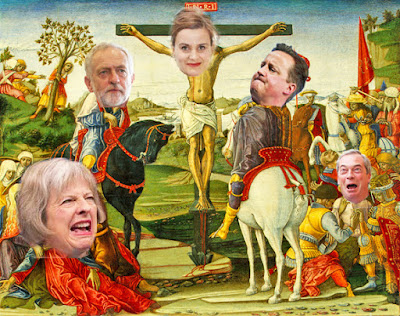 The story of King Herod, who killed the first born, also comes to mind. In many cultures of course it's the first born that inherit the family legacy. It's interesting to note that the name of Herodotus, the famed Greek historian, also begins with Herod. So it would seem if we follow this etymological logic that the so-called "father of history" actually had a name simply meaning historian.

I had a dream last night that seemed rather prescient of this topic. I normally don't put too much score on dreams but this one was quite vivid. In it I was trying to explain to people how an international elite often subvert democracies by using the media and the military, but as I was doing it a dog, the colour of a fox, kept jumping up at me and playfully biting my hands so I couldn't tell the story.

I can't help but wonder if the dream was telling me to be more cautious when it comes to telling people this sort of stuff, or to stop proselytising to people who don't want to hear it. Maybe it's more sensible to simply make sure the candle of alternative history doesn't get blown out than to run around looking for kindling?

As I sit struggling to type this on my phone as I ride the bus to work in these early hours it's apparent to me that by simply not believing the official state history we now find ourselves as heretics, holding views different to the great mass of other people.

The official state religion has created the myth of a martyr, that true or false, we simply don't believe. By not believing this myth we find ourselves in the position of heretic, outcasts with our own tradition.

Maybe this is how many secret traditions began. A counter history that was forced into secrecy rather than chosen for secrecy.
Posted by Neil at 12:45 AM No comments:

It's been a while since I've posted about Flat Earth on this blog, but this seems like something too interesting not to pass comment upon; the recent #Fepe furore. 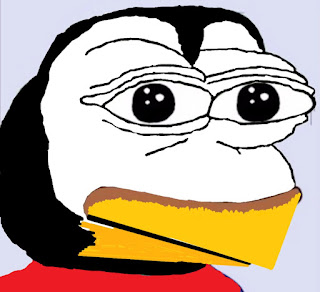 Fepe is essentially a rip-off penguin version of Pepe the Frog, solely designed to promote Flat Earth awareness. His genesis came about from discussions led by the YouTuber Infinite Plane Society aka IPS.

This has now started a mini-Meme War, with Fepe essentially trying to kill and replace Pepe. I don't think fans of Pepe the Frog are much aware of this yet, maybe at some point memes will be made in response.

I only became aware of IPS a few months back when I started subbing his channel. I was surprised there was someone so new in the scene that I wasn't aware of with such a strong following. (I haven't been paying attention to the scene as much as I was when I started blogging about it in 2015.) His channel seems to be one of the main YouTube hubs in the scene now. Anyway, I enjoyed listening to some of his live-streams from time to time and when they started this fepe thing I thought it was quite an entertaining development. He also coined the hashtag #globexit which I think is quite a cool variant on the Brexit hashtag.

However, things have taken a turn for the worse, or perhaps better, it's hard to tell. IPS recently appeared in a news article on American TV talking about the Flat Earth movement, but instead of using his own name he gave the name Math Powerland.

Now you may remember that Math is probably my all time favourite YouTuber, and he's the artist/comedian that pretty much started this entire flat earth scene. He's not too happy that IPS used his name without his consent, and is now stating that this whole thing, including the Fepe meme, is part of a plan to co-opt and destroy the entire flat earth movement. And in the process erase and replace him from its history and conception. 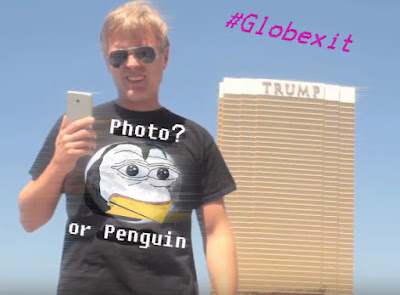 Personally I'm not too sure what to make of all this, however it does seem that IPS is a-shill-iated to some extent; i.e. he's associated with people that I deem shills. I won't go into that here - I much prefer to call out shills on YouTube ;)

I'm a little loathe to drop the Fepe meme just yet though. Some of them are quite funny, and although I don't quite approve of some of the more violent ones, I definitely quite like the idea of another Meme War. I'm still not sure what my thoughts are on the entire Pepe the Frog Great Meme War of 2015/16, but I certainly got a lot of entertainment out of it.

Going back to the TV appearance IPS made though I do find it odd that it's so hard for Math Powerland (the actual Math Powerland that is) to get any mainstream media coverage whatsoever. The mainstream media seems very reluctant to even mention flat earth, and when they do it almost looks like they're handling nuclear waste they're so careful with it, but Math in particular gets zero recognition at all.

In fact, this reluctance of the mainstream media to mention flat earth is possibly the biggest piece of evidence we have that there maybe something to it.

It's such an entertaining topic, and Math is a very entertaining performer. I think it's better than Game of Thrones XD Surely the mainstream media could embrace this conceptual adventure and have a little bit of fun with it.

This whole thing started taking off in 2015, yet here we are in mid-2017 and no-one in the mainstream media has taken up the idea - not even simply as a piece of science fiction. It would make an unbelievable movie wouldn't it. Has not one person thought of stealing the idea? I find this baffling ..unless.

Anyway, I'll leave you all with some of my favourite Fepe memes so far. Let's see where all this goes next. If anywhere. 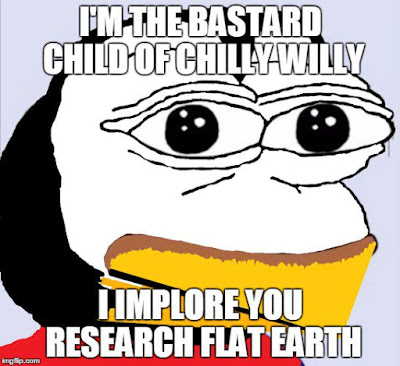 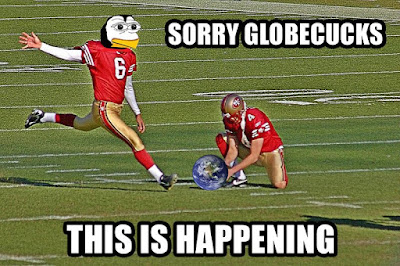 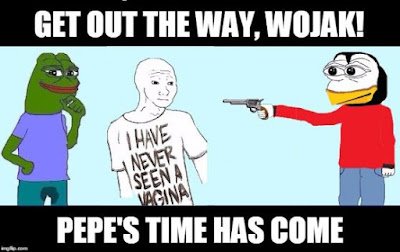 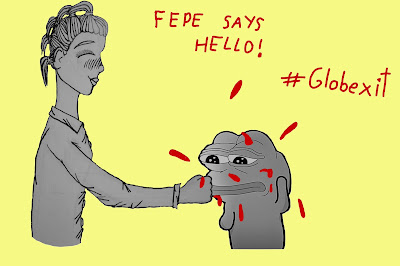 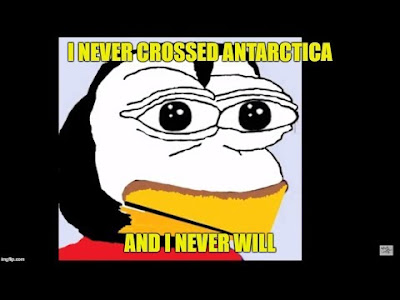