For me the biggest thing about 2015 has been that I've woken up to the sheer level of fraud committed by our world governments in the name of space exploration over the last 50/60 years. It's quite staggering really. In spite of the billions spent we still can't get decent footage of the Earth from space. Something really is quite wrong.

In tandem with this 2015 has also been the year of the Flat Earth revival. I've really loved every minute of it so far and have even joined in with it to some extent - making YouTube videos and posting articles on here. I think the whole Flat Earth movement is quite cool on multiple levels. Firstly it's made people genuinely question their world view and re-evaluate the many things they took for granted. And secondly, people like Math Boylan have used it not only to wake people up, but also to create an entire counter-culture, complete with art, comedy and music videos. It's been entertaining and thought-provoking all at the same time - nothing you'll see in the mainstream media can touch it. All in all it feels a little bit how I imagine the 60's must have felt for people waking up back then. Only possibly even bigger. Maybe like Boylan says "a new renaissance".

So is the world actually flat? It's a surprisingly difficult question to answer, and I don't feel the slightest bit embarrassed in admitting that I don't actually know the answer ..well, actually I do feel a little bit embarrassed, but I think that's a hangover from a now bygone era when it was wrong to think such thoughts.

At this present time I can only point out what I think I do know. A list might make it a little more readable;

Listing those things 2016 looks quite promising for the Flat Earth movement. However. there's still one quite huge Achilles' heel in my opinion: The Moon - and its relationship with the Sun.

I've been watching and studying the Moon quite intensely over the last few months - very much inspired by the Flat Earth revival. I've even been shining torch lights onto Xmas baubles to see how light plays on a sphere xD Anyway, all my investigations so far have led me time and time again back to the standard, ball-Earth, model. I have to admit it really is quite a beautiful and elegant model, and it does seem to make a hell of a lot of sense when it comes to what we see up there. At times I've even felt a renewed sense of admiration for Giordano Bruno and his dreams of an infinite universe of endless planetary spheres. 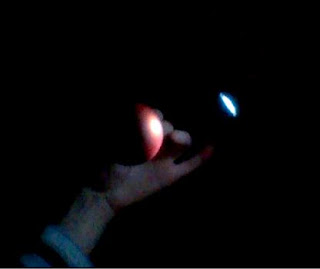 I've decided I'm not giving up that easily just yet though, and I'm going to keep attempting to come up with a way to make the Sun & Moon work on a flat plane. In fact, I'm really enjoying the challenge of it to be honest. This is the beauty of having two models of the world and not just one - the competition drives investigation. People get lazy when they just assume we have all the answers. Everyone just goes back to sleep. During 2015 Flat Earth woke people up. I hope it continues to do so in 2016 as well :)
Posted by Neil at 10:38 PM