I was recently perusing a book that was in part written by Francis Bacon. The book was published in the 17th Century - it can be viewed on Google Books here.

In the opening pages there's an image of Bacon, underneath which is written the date of his death - 9th April 1626. However, the first numeral of 1626 is written as a dotted 'j' instead of a 1. Normally I wouldn't have even noticed this, but I've recently finished Volume 1 of Fomenko's New Chronology and in it he states that at one point it was common for j to be the first value in such dates. He reasons that this value, instead of signifying 1000, actually stands for Jesus - so in effect j626 would read, not 1626, but Jesus 626 i.e. 626 years since the birth/death of Christ. This ties in with his contention that Jesus was born just a thousand years ago. He provides countless examples of the date being written in this manner in his book. 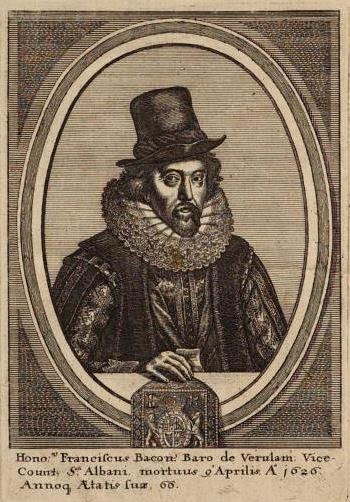 I guess I've found a little more evidence for him.
Posted by Neil at 3:15 PM