Okay, back to flat ..well, back to flatish. I've been attempting over the last few months to understand the paths of the Sun and the Moon from a first person perspective. It's a fascinating thing to do, and one of the most noticeable things is the way the Moon lags behind the Sun in its motion through the sky.

By the way, on a side note, I should first mention that by contemplating the Flat Earth model I feel I now understand the Ball Earth model much better than people who simply believe it's a ball. People who denigrate others for asking "Is the Earth flat?" are kind of ignorant by default in my opinion. They learn by rote, but fail to gain any true understanding of the processes involved, as they never attempt to build and test systems for themselves. This is why with all our "knowledge" people are still generally baffled by the sky above them - they know it's a ball, yet have no idea where the moon is, or where it's going. Or even which direction is East and which is West. They claim that the Earth is self-evidently round, yet laud Copernicus & Co as geniuses for figuring this stuff out. Is it hard or is it easy to figure out? - it can't be both. If you laugh at someone for asking if the Earth is flat maybe it's you that's failing to understand the complexity of the world we're living in. 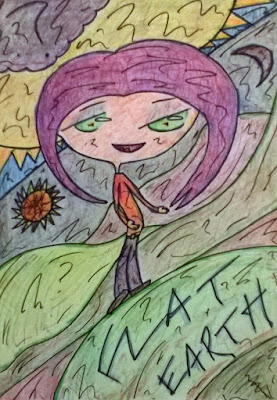 It's very hard to visualise the apparent motions of the planets - especially when you have to consider that you yourself are moving and spinning. However, it's much easier when you start by considering things from a fixed position. After all Copernicus, Galileo and Kepler all started out with a fixed view of Earth. And they no doubt built things up gradually beginning with that premise. It's like learning how to do maths and physics problems - when we're asked at school to calculate the speed of a car travelling from A to B we're allowed to pretend that A and B are fixed positions. It would be far too difficult if we didn't. You need to start somewhere simple, grasp that concept, then build complexity from there. It's a process. Likewise it's easier to start by thinking that your position is fixed when considering the motions of the stars and the planets. After all, how can you build a true understanding of the world without looking through your own eyes? Knowledge without context is simply useless.

Anyway, I digress. Back to the Moon passing across our sky every 24 hrs and 50 minutes. I found this fascinating. In fact, I can't believe it's took me this long to notice it. For the first time ever in my life I now know (vaguely) where I'll find the Moon in the sky each day. I still have no idea regarding the overall model, but I feel I have a much, much better grounding on which to build my future opinions and theories.

When looking at the day lengths of all the other planets I came across something maybe even odder still. The day lengths appear to be paired into groups as we move out from the Sun.

This seems like something a little more than random. Anomalies are always an interesting window into other places. So this is definitely something worth looking into further.

It would maybe be interesting to check the day lengths of the moons of all the planets too - just in case the pattern continues. I think that'll be my next step actually.
Posted by Neil at 12:23 AM