[The following article is from 2009. It's an article recommending books that I published on an old blog. I re-read it today after digging it out off my old computer. It was strange reading it as the first book I recommend is Flat Earth by Christine Garwood. It was also odd seeing how much my writing style and opinions have changed since then. - I had to correct a few spelling mistakes in it too :) ]

For anyone looking for a good read the following list offers some of my favourites.

1) Flat Earth: The History of an Infamous Idea - Christine Garwood

This is one of my all time favourite books and from the moment I started reading it I found it fascinating.  It’s about the history that surrounds the notion that the Earth is flat and it tells the interesting tales of the various people who have believed this to be the case.  It first of all lays to rest the myth that those who lived in the age before Columbus were of the opinion that the earth was flat, showing that most people probably had no opinion either way and that those that did were more likely to believe that the Earth was in fact spherical.  It then goes on to illustrate how the belief in a flat Earth has actually had its strongest advocacy in the last two centuries, more often than not as a reaction to the rise of modern science.  The books greatest achievement is the way it forces the reader to question accepted wisdom and challenge orthodoxy.  I must admit that even I myself was left with a few seeds of doubt as to the true nature of earthly things.  The Earth is of course round (I think!) but we seem to accept this more through faith than through understanding.  For instance how many people out there can actually explain the science and the reason behind our knowledge regarding the shape of the Earth - very few I would imagine.  In some ways we’re as ignorant as those supposed simpler folk from bygone times that we casually mock with condescending voice.  To our eyes the world looks flat, yet most of us betray this everyday observation simply because we have been told from childhood that things are otherwise.  If you want a book that will challenge your assumptions this is it.  A must read for anyone even vaguely interested in history or science. 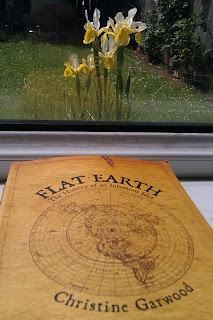 This engaging book is about how nature creates and uses colour, and how the human and animal eye perceives it.  Each chapter in the book deals with a separate colour, from ultra-violet through to red, and provides along the way a real insight into the visual side of evolution and the scientific discoveries that have led to such knowledge.  Reading this book really renewed my faith in evolution, as it highlighted to me the genuine ingenuity and intelligent beauty in the ever-changing natural world.  I implore anyone that has doubts about the veracity of evolution to read this book as soon as possible. 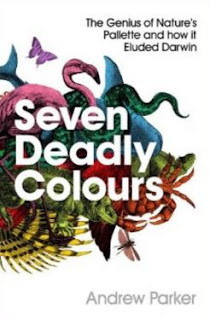 This is a very strange book indeed. I first heard about it in an alternative magazine called Nexus and it came with rave reviews, many people claiming that it had actually changed their lives. Naturally I was curious and when I final got hold of a copy I found it quite fascinating, however at the same time I must admit I was fairly sceptical about its claims. Written by Vladimir Megre, it concerns a trip he once made to the Siberian taiga where he met a strange and unusual woman named Anastasia. This women, who lived alone in the wilderness, then proceeded to tell him the secrets of life, nature and religion. It’s supposedly a true story, although this claim takes a stretch of the imagination. To be honest I still really don’t know what to make of this book, which I know doesn’t sound like a ringing endorsement. However, whichever way you choose to take the books claims they are never the less fascinating.  I was actually working in a factory when I first read this book. I read it during my breaks and it really did feel like I was entering another world - the contrast between the nature-loving ideas in this book and the cold clattering atmosphere of the factory floor couldn’t have been starker. Although I’m not really a new age person I must admit that this book really did make an impression on me. I still think about some of its ideas from time to time and even though the hard-headed sceptic in me refuses to take it seriously, the book still grips me enough to make me want to read it again, which is rare for me as I normally only ever read books once. A truly unique tale. 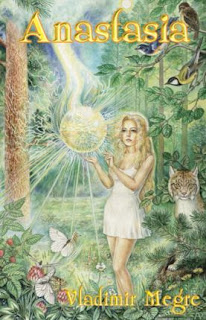 This is one of the most interesting books I've ever read.  It’s basically a retelling of the last 250 years of European and American history, only through the eyes of a conspiracy theorist.  It takes us through the alternative explanations for the French, Russian and American revolutions, the two World Wars, the assassination of JFK, the Napoleonic wars and virtually every other major historical event since the 1700’s.  Whether you choose to believe in the various theories or not it never the less leads you to look at the official version of history in a new light. 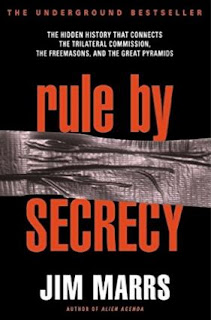 This is another book that wanders through its topic with careless ease. It’s about pagan myths and gods, in particular the pagan deity Odin.  The book explores the way these myths and ideas have returned from the wilderness and re-entered mainstream thought. Showing how they have been reawakened now that Christianity has started to lose its grip on the western psyche. The book is at times fascinating and it effectively illustrates how pagan concepts have affected much of Europe and North America. Highlighting the role this pagan revival played in the rise of Nazism, the affect it had on the philosophies of Carl Jung and its presence in some of the major art and literature that has been produced over the last couple of centuries. This is a really insightful book and it helps cast light on an aspect of modern culture that often goes unnoticed. 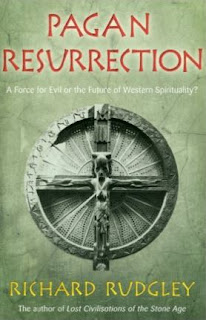 Vive la Revolution by British comedian Mark Steel is possibly the most entertaining and informative book ever written about the French revolution.  With a wry sense of humour and a genuine passion for idealistic politics Steel introduces us to the various characters and groundbreaking ideas that inspired the events of one of the most tumultuous periods of European history.  I can’t express how much I enjoyed reading this book. 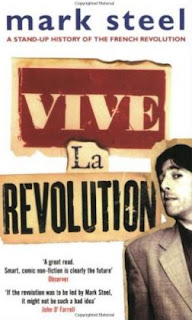 This is another book that I found fascinating. I actually bought it almost by accident. Whilst looking for another book this one seemed to somehow catch my attention. I think it was the cover that really caught my eye. It had a rather grotesque and striking picture of a kilted man with the head of a bull on the front. This unusual image having caught my attention then somehow managed to persuade me to buy the book. When I took it home I didn’t really know what to expect. However after I started reading I just couldn’t put it down. The book is full of little tales and stories and is one of those books that constantly takes the reader down strange paths and avenues. The author has a remarkable ability when it comes to digging out little gems from history and no matter where this book wanders it never ceases to be interesting. In fact the title ‘Curious Scotland’ is rather apt, as it is definitely a book for the curious. If anyone is thinking about visiting Scotland this would be a great book to whet your appetite. Alternatively, if you actually live in Scotland this book will probably tell you a lot you don’t already know about the country. A real jewel box of a book. 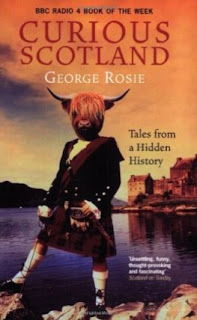 Leonardo da Vinci was a fascinating man and this book explores the depths of his genius.  As the title suggests the book argues the case for the celebration of Leonardo’s scientific achievements as well as his artistic ones.  In a friendly tone its author informs us about Leonardo’s experiments with light, his investigations into the human body and his holistic views regarding the universe as a whole.  We also gain insights into Leonardo’s childhood, his views on vegetarianism and his various other talents - including his abilities as an inventor and a musician. 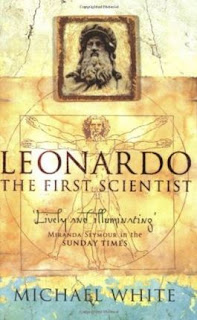 ‘Alien Base’ is a book that looks at the possibility that alien races are colonising the planet Earth.  The great thing about the book is that it stays away from the more conventional alien/UFO stories and concentrates on the more outrageous ones, making it interesting reading whether you’re a believer or not.  Consequently the book contains a great wealth of information for UFO enthusiasts as well as a wellspring of ideas for any aspiring science-fiction writer.  All in all it’s a bountiful repository for the more fantastical side of the UFO phenomena. 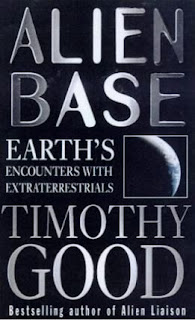 10) In the Rose Garden of the Martyrs - Christopher de Bellaigue

With so much coverage being devoted to Iran at the moment, I'm sure there’s a lot of people out there that would like to learn more about the country.  For those people this book would be the perfect start as it delves into the very heart of Persian culture, uncovering the politics, the religion and the people that make Iran the country that it is today.  It’s a book that every politically minded person should read as it helps to explain the distrust Iranians have of the west and also the suffering that Iranians have endured as a consequence of the power politics that have been played out in the Middle-East.  It’s a book that will leave readers feeling that they have much more in common with the people of Iran than they ever realised. 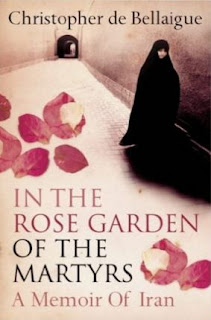