Rent, Mortgage and the Real Origins of Slavery

I've realised there's a big misconception when it comes to slavery.

The general view, logical though it sounds, is that people are forced into slavery by the fact that slave-owners are unwilling to pay people for their labour.

This is the view I'd always held and it appears logical enough at first view. However, after reading up on how people were actually forced into slavery in former times I've come to realise that this view is very much incorrect  ..and that our misconceptions on this are fueling much of the misery we see in human society today.

So ..how did slavery really start?

The example that really opened my eyes was the story of how the American continent was discovered and conquered by Europeans.

Now to simplify things it seems there were two categories that individual Europeans could fall into when heading for this New World.

The first type were people simply looking for new land to start a new life - people who simply wanted a little slice of land to live on, feed themselves and raise a family.

The second type were people with grander ambitions - these people wanted to become rich and powerful. To rise up the social ladder, either in the Americas or back home in Europe, through the acquisition of money, resources and power.

Now it's this second group that we owe the slavery in the Americas to ..and this is why;

When these explorers went over in search of wealth and fame they decided to set up plantations and mines in order to exploit the natural resources of the land. However, they needed people to work on these plantations and down these mine pits.

This is because they already had everything they needed and wanted.

They had homes - they didn't need to pay rent or mortgage for the luxury of having a home. Water fell from the sky and could be taken from streams or rivers for free. All they really had to do was find food - either by hunting, foraging or growing it themselves. And this only took a few hours a day. (Even today Amazonian tribes only spend a few hours a day "working").

The idea of working all day, every day simply wasn't attractive to them - and given the choice who on earth would choose otherwise.

So, the plantation and mine owners had to literally hunt down the natives and force them at knife point or gun point to work (this is where we get the modern business term "head-hunting" from). They also had to ship slaves over from Africa.

So, they had to enslave people, not because they didn't want to pay people, but because the people simply did not want to work for them full stop.

..and this illustrates just how crazy our modern way of living is, and likewise illustrates how it's the Rent & Mortgage factor that is forcing us to work such extreme hours. As it's this need to pay rent or mortgage that is one of the driving forces behind why we have to go "out to work" in the first place.

For most people rent or mortgage is the biggest bill they have to pay. It often accounts for at least half of someones outgoings.

Isn't that kinda crazy? Most native peoples took it for granted that they were entitled to somewhere to exist. They weren't paying for the right to simply breathe in and out somewhere. Yet we are, and we think we're free.

If we all had somewhere to live - rent or mortgage free - we would all have to work only half the time we do. We'd all be happier, healthier. Society would be better in every way.

So how is it that we've come to find ourselves in a system where we have to pay money to another human being simply for the right to exist somewhere?

I'd say we're all entitled to at least a little bit of land by birth. 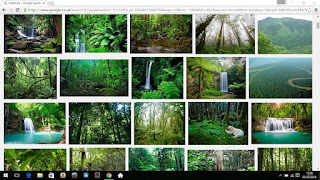