EU Discussion: Limits on the Sizes of Democracies

There's one topic that has been noticeably lacking in all the discussions we've had on the question of EU membership, and that is the question of how large a functioning democracy should be - i.e. what is the optimum size of a democratic state? 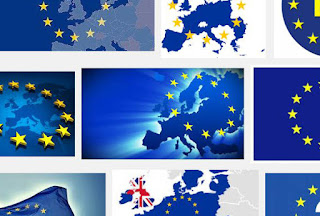 One thing you'll notice when looking at both the EU parliament and the British parliament is their respective sizes.

There are currently 650 MPs in the British House of Commons.

There are currently 751 MEPs in the European Parliament.

(Incidentally, the United States with a population of approximately 319 million has a Congress of 535 politicians - 435 Representatives and 100 Senators).

So why such similar figures for the number of MPs?

The answer is a simple and practical one. There's a limit to the number of people you can have speaking in a single room before it becomes simply unworkable.

This is something that goes to the very heart of the democratic process.

Let's imagine how the democratic process would function in a small village. Let's say there are 100 people. Each could go to the local village hall, express their opinion, listen to the opinions of the other 99 (should they each choose to give one), then vote on the particular issue at hand. This would be a truly fair and democratic way for a democracy to function, and everyone would be truly equal.

However, what happens when there are 1000 people, or 10,000 people. The higher the number the less practical it becomes for this pure form of democracy to function. There are simply not enough hours in the day for everyone to give an opinion and have it heard by the rest of the group, nor a room big enough for everyone to sit down and be able to hear said opinions. Even the simple practice of voting on the issue at hand would be a time and resource consuming exercise.

This is still democratic of course. However, it's a massive dilution of the process. An individual goes from having the chance to represent themselves in person and voting on each and every issue, to simply getting the opportunity to vote for someone else to represent them once every year, or four years, or whatever the case may be.

There's also the problem that you may end up being represented by someone you didn't even vote for. In which case the person representing you may have completely different views or desires than yourself.

So coming back to the EU vs UK question it seems to be quite clear that the British people would be much better represented by a UK parliament than a European one. And again it's just a case of numbers. There are only so many pieces of information a single person can process at any one time. For example, imagine a single EU President making decisions for the entire continent. How could one man simultaneously know what was going on in Barcelona, Edinburgh, Krakow, Milan, Manchester and everywhere else well enough to make good executive decisions about those places.

Here in the UK we often complain about Westminster politicians not representing the north of England, or Wales, or Scotland adequately (in fact, this is one of the good arguments for Scottish Independence). Again though this is once again a problem of practicality. Westminster politicians have a bias towards the south-east of England simply because that's where they spend most of their time. Theresa May doesn't wake up in the morning and deliberately plot to marginalise the north of England. She simply isn't fully aware of what's happening up here on a daily basis - i.e. she has more information about her immediate surroundings than she does about distant places.

For example, I live in the northern town of Middlesbrough. Consequently I have a good understanding and general knowledge about what's going on here. Were I a politician I could probably represent the town quite well. However, conversely, I have very little knowledge regarding what's going on in the city of Newcastle (even though it's only about 30 miles away). So, even with the best intentions in the world it would be very difficult for me to represent the people of Newcastle better than a person that actually lives in that city and witnesses its problems firsthand could do.

So, in summary, it's your local politicians job to adequately represent you. You should be able to speak to them in person at times, or send them letters or emails. However, even the most conscientious of politicians can only read a certain amount of correspondence in a given day. Or educate themselves regarding a certain number of issues or topics in any given amount of time.

How could 751 MEPs ever adequately represent 500 million people? More to the point how could a single EU President adequately provide good governance? Especially when you take into account all the varying language and cultural barriers across the continent. On top of this we have a growing population, not a shrinking one. Surely we need more representation, not less representation.

For further reading check out the following articles;

An Island. An Example.
Why Empires Fall