Okay, so we're now firmly in the run-up to #GE2017 and it's all a bit backwards looking. Jeremy Corbyn, though he seems like a perfectly honest guy, seems to want to take us back to the 1970s, and the Tories seem to be offering nothing but the status quo ..plus Brexit, which I hope they're sincere about, but have my doubts. 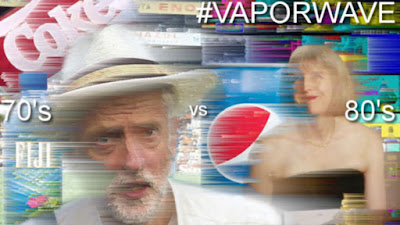 I genuinely have no idea how I'm going to vote at the moment ..or even if I will at all.

Anyway, in my frustration over the last couple of days I've been thinking about what my manifesto would look like were I to run. There's no doubt quite a lot of stuff I've missed out and a few things in here I maybe haven't quite thought through enough yet, but here's what I've come up with so far.

I have six main pledges;

This is an easy one. Everyone saves money, private enterprise can then expand into all the areas that the BBC is currently dominating with its huge unfair state subsidy.

#2 Parents given the Right to Choose their Child's School Hours

All parents will be given the right to send their children to school as much or as little as they see fit.

For example, if a parent feels the school day is too long and would prefer their child to only attend on the mornings they would be free to do this. This would give parents greater control over their child's education and well being. It would also help to free up time and resources. For example, if the parents of a class of 30 children all opted to only send their child to school on the morning or the afternoon it would effectively half the classroom size to 15 - meaning that the time spent at school, though shorter, would be calmer and more beneficial.

It would also mean that parents wishing to home-school their children, but unable to do so because of work commitments would be able to divide their child's education between home and school. For example, sending their child to school on the days that they're in work, but home-schooling on the days they have free.

I would implement a massive building boom, paid for by the taxpayer and managed directly by the government. The housing would be made available to rent or buy at dirt-cheap rates. Under-cutting the lowest rents and market values in any given area that the housing was built. They would be made available to anyone to rent, but only UK citizens, born in the UK, who own no other residential property would be entitled to buy them. People in the age group of 20-40 would be prioritised, though the option to buy would be open to anyone meeting the above criteria.

The building boom would be a deliberate and continual one. The aim being part of a wider plan to extend the "living space" rights of UK citizens. The idea being that everyone should be entitled to own enough land/space to live on, and that no-one should be forced to pay another person, by rent or otherwise, to simply have a place to sleep at night.

"Living space" in effect can be seen as an extension of "personal space". A basic entitlement which we all intuitively understand.

Every year, between the months of September and April, any homelessness in any UK city or town would be considered a "national emergency" and funding would be prioritised accordingly. Plans would also be put in place to share such costs fairly in order to stop boroughs and councils from simply shifting homeless people from one town or city to the next as often happens now.

#5 Benefits Sanctions to be Capped at 50% of the Benefit

Any sanctions imposed on job-seekers to be restricted to at most 50% of the benefit. This would effectively create a bottom line safety net that any unemployed person would be entitled to whatever their circumstances or compliance.

This initiative would also act as the starting point for the gradual introduction of a citizens income for all UK citizens. However, this would be a long term aim beyond the scope of the next parliament.

Most would agree that all sanctions imposed on unemployed people are abhorrent, and even those who advocate their use and effectiveness generally view them as a necessary evil. The idea that sanctions, as they currently stand, mean the loss of someone's entire benefit and sole source of income is simply unacceptable. The above initiative would hopefully be something of a halfway house.

#6 Any Future "QE" Stimulus to be Fairly Implemented

In the event of any serious economic slump, if the government or the Bank of England deems it necessary to introduce another round of "Quantitative Easing", then the money will be filtered into the economy directly through the public, instead of being used to purchase financial assets.

Any "new" money created will effectively be "given" to the public. Every UK citizen over the age of 16 will have an equal share of the total deposited directly into their bank account. It will be deposited in installments over monthly periods for however long is deemed necessary. This will increase spending in the economy in a fair and democratic way. It will also help stimulate areas of the country in proportion to their general population.