This is just a quick follow up article to my last post about maidens & towers. Just really to catalogue some of the other little bits and pieces that I felt were worth making note of. They mainly centre around the name Mary, it's apparent meaning, and some of its other variants.

Before writing the previous article I wasn't aware of how closely the names Mary and Miriam are related. In fact, it's said that Miriam is essentially the original and that names like Mary and Marie are descendant variants of it.


Maryam or Mariam is the Aramaic form of the biblical name Miriam (the name of the prophetess Miriam, the sister of Moses). It is notably the name of Mary the mother of Jesus. 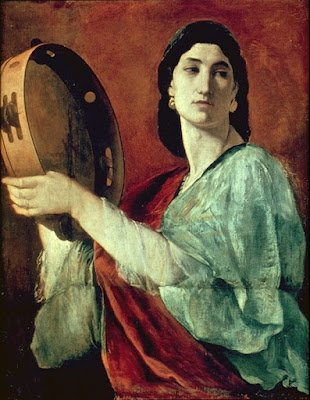 Normally I'm a little sceptical of the accepted historical timelines. So from my point of view I guess it's equally possible things could be the other way round in regard to which name developed from which. Either way is good though.

Interestingly, with Miriam it actually has the double "M" sound within the single name. So if Mary Magdalene is also Miriam Magdalene then in that case we would have three "M" sounds. Though with the "M" being both at the end of the first name and the beginning of the last it's possible that the two are just fused together in some sense.

The biblical Miriam, sister of Moses, was the daughter of Amram - another name with two M's. Her mother was Yocheved - who was said to be spared the "curse of Eve" (pain in child birth) because of her piousness. So there's also a loose child birth reference there too.

That the Egyptian mr means love is quite interesting. Of course, it also looks like our abbreviation for mister - "Mr". Which reminds me that we also have many "M" words as titles too - Mr, Mrs, Mz, Miss, Madam, Dame, Mademoiselle, Monsieur, etc.

Also, I was looking at the name Maleen, as in the Maid Maleen fairy tale per last article. Marlene was the closest English name I could think of. Now according to Wikipedia (a lot of Wiki today) Marlene is a German feminine name, derived from Maria combined with Magdalene. So once again it all seems to come round in circles.

Finally I'll finish with another passage from Wikipedia. This time from the footnotes of the Mary Magdalene page. It ties in with the Magdalene/prostitute theme and seems worth remembering.


Other interpreters have seen Magdalene as referring to a kind of hairstyle. This translation stems from certain passages in uncensored versions of the Talmud, where a woman, esoterically identified as Jesus's mother, is called "hamegadela se’ar nasha", which has been translated "Miriam, the dresser of women's hair", possibly a euphemism for "prostitute".

[See R.T. Herford, Christianity in Talmud and Midrash, pp. 40f. The Talmudic passages are at tractate Sanhedrin 67a and tractate Hagigah 4b of the Babylonian Talmud; cf. tractate Shabbat 104b.]

The English theologian John Lightfoot (1602-1675) noted these passages and commented: "Whence she was called Magdalene, doth not so plainly appear; whether from Magdala, a town on the lake of Gennesaret, or from the word which signifies a plaiting or curling of the hair, a thing usual with harlots."

[Commentary on the New Testament from the Talmud and Hebraica, chapter "Exercitations upon the Gospel of St. Matthew".]

That "esoterically identified as Jesus's mother" is especially eye-catching as it suggests that Mary the Mother and Mary Magdalene are just overlapping expressions of the same archetype. Which is basically my reading of all these "Mary" traditions.
Posted by Neil at 10:01 PM