The Beard-barians are at the Gates

A bit of idle speculation about language today - I've been considering the term "Barbarian". 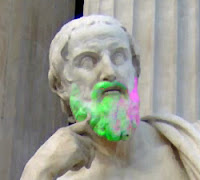 (To beard or not to beard,
that is the question)

The classic explanation for how this word came into being goes back to the Greeks. The story going that the super-civilised Greeks deemed all none-Greek speakers uncivilised, and that their foreign babbling just had the onomatopoeic sound of "bar bar bar" to the Greek ear. Hence the moniker barbarian.

Though this tale is no doubt slightly apocryphal, from an etymological point of view it does at least bear some linguistic fruit. The word "babble" for instance has a similar connotation. Interestingly, we also have the Tower of Babel, which resulted in the splitting of the single universal human language into a multitude of mutually indecipherable languages in the famous Biblical tale. Come to think of it, the word Bible itself is not dissimilar to the word babble too.

The name Babel is a variant of the name Babylon, and both these names are said to come from a word connoting "confusion".

From the Wikipedia page for Babylon;


In the Bible, the name appears as Babel, interpreted in the Hebrew Scriptures' Book of Genesis to mean "confusion", from the verb bilbél ("to confuse"). The modern English verb, to babble ("to speak meaningless words"), is popularly thought to derive from this name, but there is no direct connection.

I wonder if being "in Babylon" simply means being "lost" or in "a state of confusion". More of a symbolic concept than an actual place perhaps.

We also have baby-talk too, where babies string random sounds together in a similitude of real language. Or concurrently where adults speak random "coochie-coo" type nonsense to interact with said babies. Again, perhaps Babylon means to be in a state of babyishness - i.e. humanity, or at least a section of it, being in an undeveloped, unknowing state. The Kindergartens of Babylon.

However, in spite of all these barbar/speech overlaps, it occurred to me that the name barbarian also shares its root with the name barbarossa, which means "red beard" (barba + rossa). So perhaps the term translates more simply as "bearded".

Now this would make a lot more sense as barbarians, aka "uncivilised" people, tend to be bearded. In fact, the very bearded-ness is a product of this state of being. In order for a man to shave his face every day he has to have the trappings of civilisation to some extent. A few weeks trekking through the jungles, or lost on the high seas quickly reduces man to his bearded state. To his uncivilised state.

Therefore, clean-shaven equals civilised, and bearded equals the barbarian at the gate.

So if this is the case then it would be interesting to look back on when the act of shaving actually began (if this is even possible, and assuming it had a single beginning). It would also be interesting to look back on artwork throughout history to see where men are and aren't depicted with clean-shaven face. Something I think I'll now watch out for when I investigate history further.

I should also mention before I move on the other etymological avenue regarding the term barbarian, which in some ways relates to the beard rendition. We have the occupation of barber, who cuts the hair and beard. Also in this regard we have words such as barbed, as in barbed wire, which comes with similar connotations of cutting. So I guess you could also relate the term barbarian to acts of bloody violence. It's odd how these things often tie together so well. It's probably also worth mentioning here that in earlier times barbers often performed other "cutting" services, such as the procedure of castration.

Anyway, I think this is a topic I'll be returning to after I've dug a little deeper. Before I finish today though I think it'll be fun to look at some famous figures from history and see if their facial hair or lack thereof correlates with their level of civility. 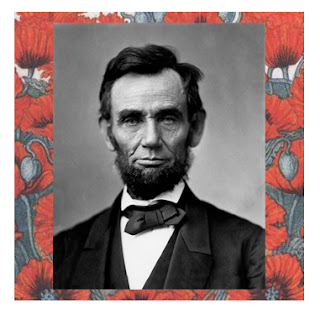 Abraham Lincoln - beard, but no moustache! 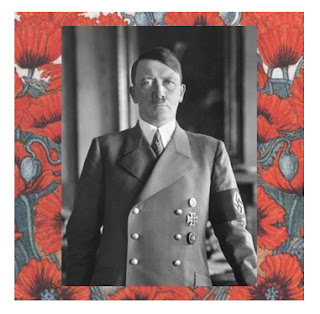 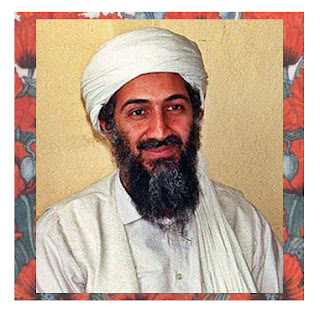 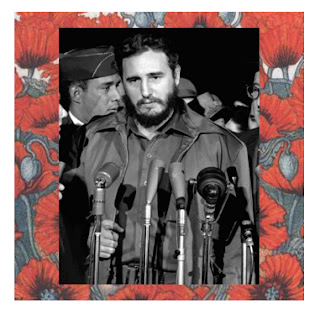 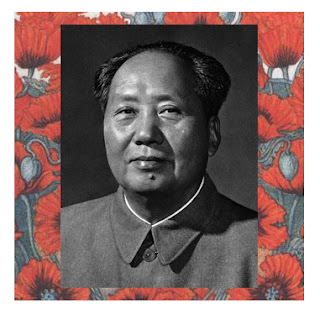 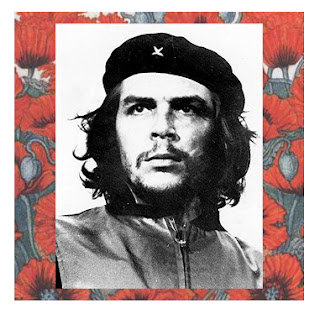 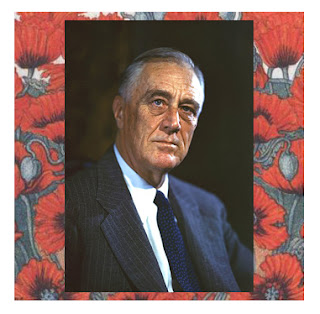 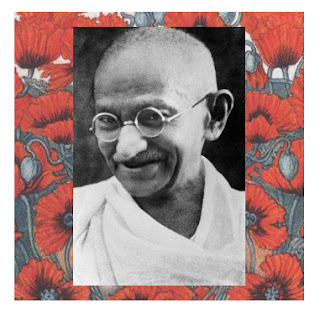 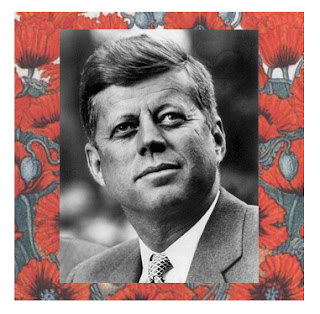 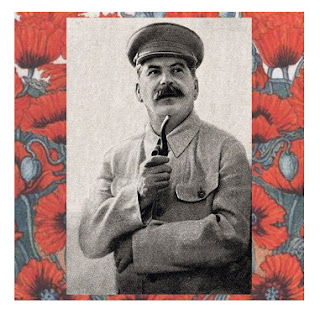 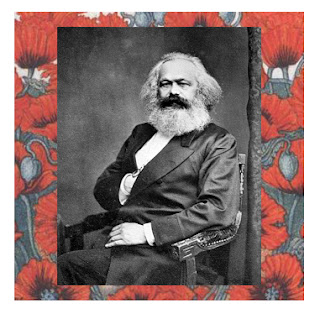 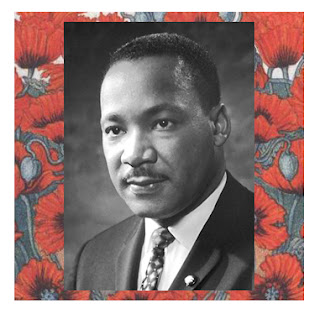 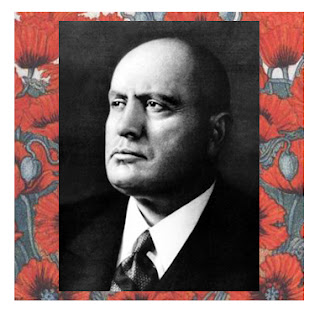 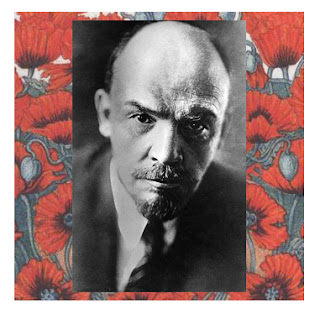 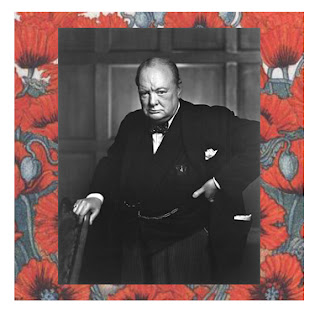 So, if I start by separating this somewhat rudimentary list of figures out we can see if any patterns present themselves.

I'm not too sure what to make of those groupings LOL.

The only pattern that I guess you could see is that the "fully bearded" figures do seem to have something of a "threat from the outside" vibe. In keeping with the idea of the bearded barbarian at the gate. Guevara and Bin Laden are in essence anti-Western cartoon bogeymen. I guess Charles Manson would be another 20th century figure that could fit this description of a bearded threat to civilised society. "Bed-In" era John Lennon I suppose could also fit this description, though it pains me to put him in a list with such people. That in turn could also bring us to the figure of Jesus maybe - the archetypal bearded man. (In fact, I have some interpretations about the Jesus story which could play into this idea which I'll be sharing at some point).

Thinking now I probably should have included Saddam Hussein in the list. He fits the moustachioed bad guy motif perfectly - though it's notable that he finished his days replete with beard. Ayatollah Khomeini also fits the bearded-barbarian theme quite nicely.

I'm very tempted to state that clean-shaven figures represent the civilised social order, bearded figures a threat from the outside, and moustached/semi-shaven figures a perversion or adjustment of the social order. Though this would mean accepting that Gandhi is alongside Hitler, and also that Chairman Mao represents the embodiment of civility.

It would also mean reading way too much into something which is no doubt primarily just a simple fashion choice :) Quite an interesting topic though nevertheless.
Posted by Neil at 12:37 AM