I've just finished reading Arden of Faversham. To be fair this is a play that was attributed to Shakespeare after the 17th century, so I can't really complain about its non-inclusion. However, it does fit quite neatly with some of the other apocrypha plays - it's set in England (based on a true story), it's quite earthy, bawdy and common, and it doesn't quite have the flowery loftiness we normally associate with Shakespeare. However, it was quite an enjoyable little read. 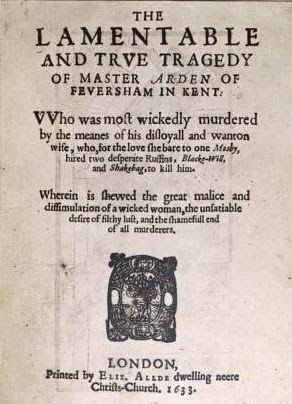 There was also a little bit of swearing :)

It comes when the character Black Will is stating that he'll quite happily murder the main character Arden.

Will. Plat me no platformes, give me the money, And Ile stab him as he stands pissing against a wall, But Ile kill him.

Actually, the character named Black Will is partnered by another murderous rogue named Shakebag. So the phrase Will & Shakebag pops up, which seems like a parodic reference to the dude himself.

I thought this picture looked quite cool too ;- 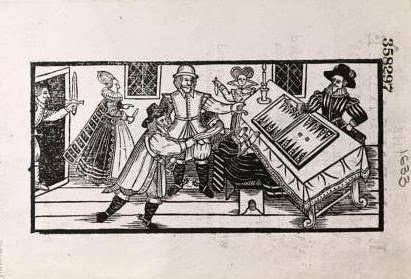