Flat Earth: The History of the Ball Part V - More Pictures of Globes :)

In my last post I was looking at paintings that had globes in them, in an attempt to get a handle on when the ball model of earth finally became popular. Since then I've been made aware of a few more which I'll share here.

I'll try and work back over and start with the more recent. So firstly a few from the 17th century. This first is titled A Young Astronomer and is by the Dutch painter Olivier van Deuren. 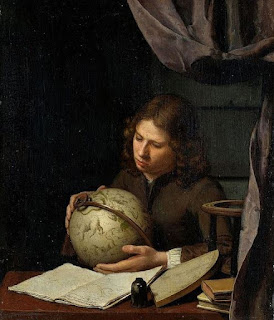 And this second one is titled The Astronomer by fellow Dutch artist Johannes Vermeer. 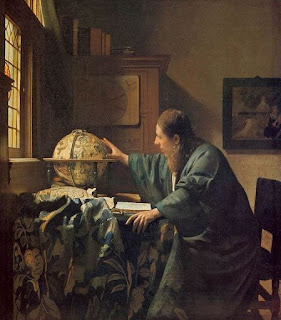 This next one is thought to date from the second half of the 16th century. It's from a wall painting in the Castello della Manta castle in northern Italy. The picture's a bit fuzzy here, but it apparently shows a green Antarctica at the bottom. 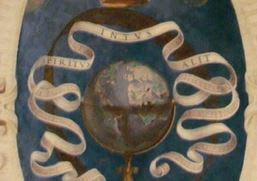 Next up a portrait of Emperor Charles V. It's by the artist Parmigianino, dates from the first half of the 16th century, and shows a quite impressively detailed globe. 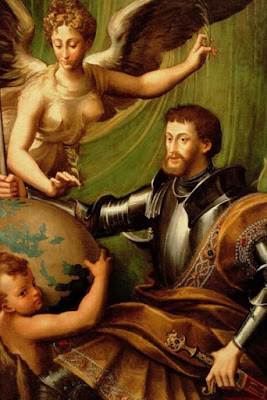 And finally, going way back, this image of Henry II, Holy Roman Emperor. I'm not sure quite what it is he's holding, but it looks very globe (or disc) like. He's holding it in much the same way that kings hold the Globus cruciger (orb surmounted by a cross) in images. It's said that the orb symbolises the earth. So if that's the case we might be able to take it as some evidence that people knew the earth was globular back then. The picture below this one also shows Henry II - this time with a more classic looking Globus. 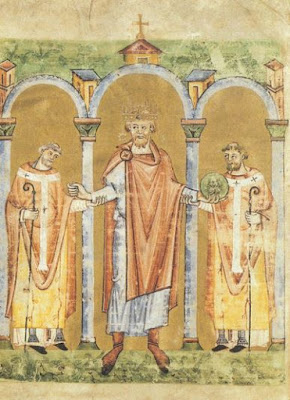 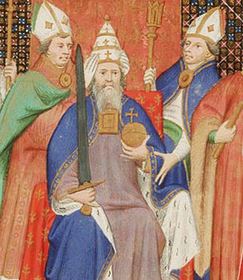