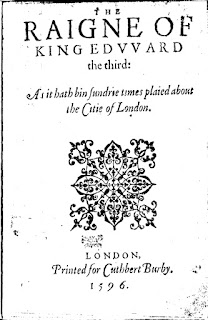 I don't have a great deal to add, other than to just tick it off my list. It was a pretty standard history play. As ever some of the poetic wordiness was impressive. With some nice flourishes and observations. In fact, like many of these plays it started slowly and a little laboured, then picked up apace. Almost like the writer needed time to get into the flow of things. After which the verses start pouring out.

As with the other plays it felt and read like a Shakespeare.

Sadly there wasn't a great deal of comedy or bawdiness, so it was a little plain for my tastes. Though I did enjoy the anti-French and anti-Scottish sentiment 😈

Definitely worth reading, but certainly not a favourite.